Cohere works between all aspects of the restaurant and hospitality industries. From the branding of a new concept, to helping an existing concept pivot their menu, sourcing, or mission, we have assembled a team that can advise both owners and operators from creative and strategic points of view.

Hospitality is the business of caring for souls.

Much of the work behind creating a new concept happens before a name, a brand, or a building are even selected, though. Consultants, chefs, bar managers, and design teams all pour themselves into bringing a concept to life. Chelsea Gregoire (@gregoiredrinks) named Beverage Director of the Year by Esquire in 2019, is one of those consultants. Chelsea has made a living building expertise in the space before a concept even opens, seeing a vision become a reality, consulting for ownership and driving their passionate point of view on service, hospitality, equity and inclusivity.

It is a commitment to inclusivity and passion for well-crafted beverages and experiences with each client that has earned Chelsea recognition and pushed their personal brand Drinkable Genius to take off in Baltimore and beyond. 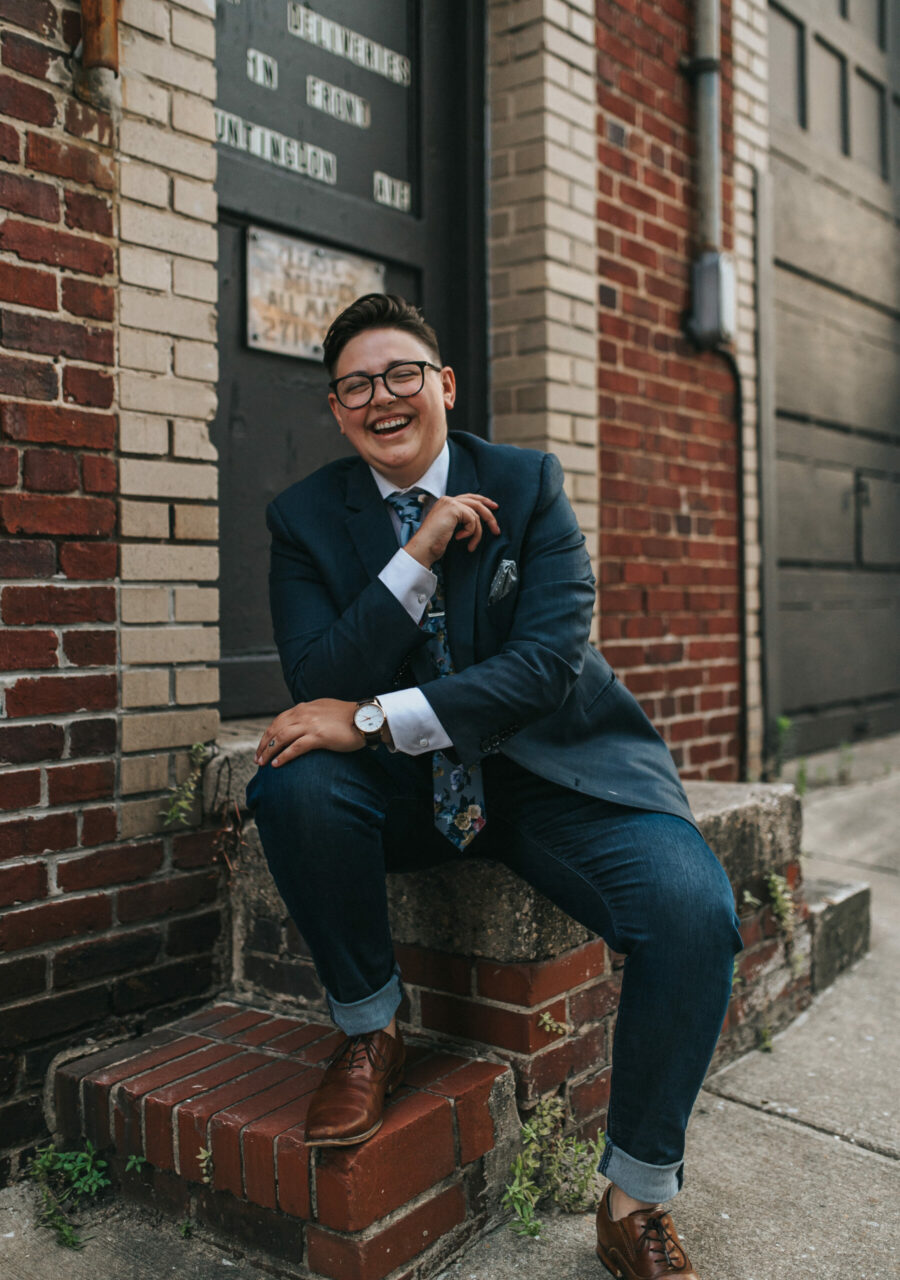 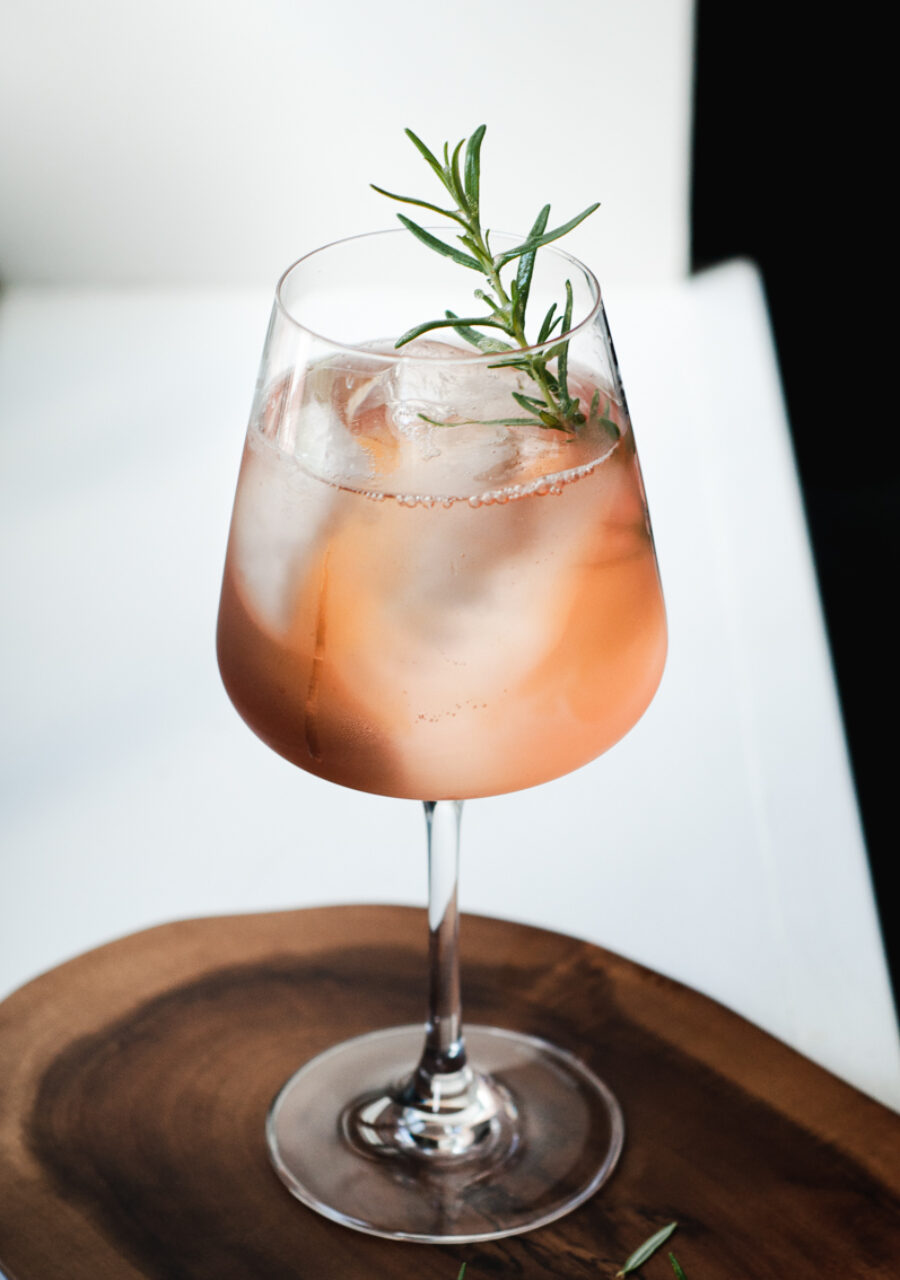 Chelsea, so glad to get into this with you - For the readers out there who are just hearing about you, what was the inspiration behind your personal brand Drinkable Genius? How did the idea to brand yourself and services come about? It's a great name.

Thanks for inviting me to share with you, Chris! Drinkable Genius was born out of a couple of things: first and foremost, my skill set started to outgrow the positions I was in, and I knew that I wanted more control over my time, my skills, and the end result. I thought of the concept of creating drinkable works of genius (not calling myself the Drinkable Genius, as some folks assume!), and I thought that it concisely combined my love of creating delicious beverages and also my passion for creating systems that work for everyone.

If we got to introduce you at an event (whenever we can again!) what would be your 30 second intro about where/how you grew up that led you to where you are today?

I’ve been molded by charming Baltimore, studies in theology that informed my idea of community, a love for education and mentorship for the next generation, and life experience that drove me to create spaces and experiences that welcome folks in, not leave them out.

I know you've been working in and around the Baltimore restaurant scene for quite some time now, but it was the opening of True Chesapeake that really got your name on my radar. What was it about the approach you took with that opening that seemed to garnish such attention?

True Chesapeake was a fun opening in the sense that it was uniquely Maryland (and there is not much that Marylanders love more!), and it was the perfect time to open a restaurant with an environmental emphasis. I infused a lot of that ethos into the beverage program there: cocktails that spoke to local, seasonal ingredients, but didn’t push anyone too far out of their comfort zone; wines at a wide variety of price points to encourage folks to try something new; delicious and creative non-alcoholic options (which was all credit to my amazing lead bartender at the time…I can only take credit for tasting the result!). However, the accolades that I received in association with that opening were really truly an acknowledgement of my approach to all of the programs I have worked on, and my emphasis on making this industry a better place to work and develop a career. At the end of the day: the goal in hospitality should always be to welcome folks in, make them feel a sense of belonging and warmth. I think many chefs, owners, managers have lost sight of that. I couldn’t lose sight of it if I tried, and I think people see it.

What experiences in the back-of house or bar helped you to form the worldview you have now?

CG: The first one was actually before the bar: I have a masters degree in theology from a well-known and very conservative university. Upon graduating, I was up for an entry teaching position, but I was denied from that position when I publicly came out as queer. It was in that moment that I realized that I didn’t need to teach or preach to create community; my experiences in hospitality up to that point had shown me that I can care for people and meet them where they are in the present moment at a bar or at a table, maybe better than I could from a pulpit.

The second one was receiving my first national award, where I was named an Eater Young Gun. And it dawned on me that I wasn’t being acknowledged for making a great drink…I was being acknowledged for my vision for a brighter future for hospitality. It reminded me of why I am here, why I do this, why I am passionate about teaching and leading programs. It’s because I feel a deep-seated responsibility for those in my care, whether it’s as your manager for a few months, or for an hour while you enjoy a meal.

What are your thoughts on tipping in the restaurant industry? I've been a waiter, so I've seen firsthand how cash tips can motivate. But, I also see such space to abuse the system. What's the answer to rewarding good service without hedging one's whole paycheck on that system?

Welp, this is a loaded one. The first thing that has to be acknowledged is the history of tipping and hospitality: it’s all built on slavery and systems of white supremacy. Tipping was born from white people not wanting to pay freed slaves a living wage to wait on others, by putting the onus on the guest. And I am willing to guarantee that those folks were not leaving with a bunch of cash at the end of the night.

All this to say: the system is very, very, very broken. And it doesn’t serve everyone, so it needs to be dismantled and rebuilt. I don’t have a perfect path out of that, and I don’t think anyone does, but that means that we all have to have the hard conversations, commit to working on this together. I am thankful that I have started having those conversations with other hospitality professionals, but it’s going to take more than the folks who fit in our silo.

What's the dream project for you right now? If someone is reading out there, what's the ideal job you'd want to focus on? A new restaurant opening? What's your ideal role in that project?

My dream will always be to open a bar with food. It has a very particular concept that I cannot share here (because I have confidence that its REALLY good, so I am keeping my cards close to my chest), but it is also a place where mentorship, education, and investment in our staff is of the utmost importance. Even though that dream, even with investment tomorrow, is two or three years down the road, I have already started having the conversations and building the systems to make a more equitable place of employment.

From a very realistic standpoint, this year has rocked the hospitality industry. I have focused my efforts full-time in helping small hospitality businesses rethink their systems to better support their teams, elevate their profit margins, and really give those business owners the support they need to get through this. That’s the daily dream for me right now: as many hard-working folks as possible making it to the other side.

What makes you tick? What gets you up each morning? It has certainly been a tough several months for everyone.

It’s the reminder that this work is important, that if I don’t put in the time and effort, who will? It has been a tough year, and I would just remind everyone out there that your work is important, but you are also important. And if you need this word to take a break and take care of yourself, please do.

In a way, my role is all about customer service. I don't think a project is successful unless the client enjoyed their time with me and Cohere. What makes for good customer service in your eyes?

An attention to detail, and an acknowledgement that everyone’s human and we’re just living on this weird rock, trying to make it through! It’s what gets me through difficult customer service interactions myself, and it’s the mindset I try to exude when I am receiving customer service.

Also, COMMUNICATION. Everyone needs to start talking to each other more.

Lastly, any fun tricks you've snuck into your bar service repertoire? I've become aware of a few crafty bartenders who will simply say, "What's next?" when returning to you for another drink. How can you say "sorry...there's nothing next" to that?!? It only leads to more drinks and conversation.

I am a firm believer in the gender-neutral greeting for guests, so much so that I train every staff I work with to, whenever possible, work it into their personal repertoire. The training typically explains why it’s important, and gives examples like “humans, folks, friends, party people.” It tends to put a smile on most people’s faces when I call someone a friend or a party person from the first moment together.

As far as drinks go, I make a point to know how to describe everything in three words, and I work on making those three words as all-encompassing as possible, so the guest gets the best possible picture.

A thing that happens often in my position and work is folks asking for recommendations, and I never just say “what do you like?” I always ask in either/or terms: sour or sweet? boozy or bubbly? It helps people think more creatively and it takes some of the pressure off. I’ve been doing this long enough that I read your body language or tone of voice as people answer those questions too, and use it to inform my decisions as I make your drink.

Unfiltered with Jeremy Landsman: Being a Good Neighbor