Turning a Parking Lot into an Arts-Driven Cafe

Even for those not familiar with Baltimore, Fell’s Point is one of the city’s most well-known neighborhoods with undeniable attraction and a historic character. The neighborhood draws locals and tourists alike to its Belgian block paved streets and waterfront views. What was once one of the nation’s largest points of entry for immigrants has evolved over the years, but remains an eclectic and entertainment-driven district full of people, bars, shops, studios, and restaurants.

Being such a historic and tight-knit community, it’s not often that a new opportunity for development in Fell’s Point comes along – so Cohere was thrilled when the opportunity to collaborate with one of the mainstays of the neighborhood and stalwarts of vinyl record culture – The Sound Garden – came along. Driven by a vision to better utilize the shop’s side “vinyl room” and to activate the expansive parking lot behind the building, owner Bryan Burkert engaged with Cohere to design the branding, web, and creative collateral for the space, to be called Luna Garden.

Envisioned as ‘your new favorite all-day-cafe’ Luna Garden brings a fresh concept to a historic corridor, emphasizing  outdoor space and an eclectic mix of local art. Incorporating a balance of community arts curation without over-engineering – the brand for the space needed to feel timeless and authentic to the local surroundings.

Cohere designed the logo for Luna Garden to feel like a mark that has been a part of the neighborhood, but to give it distinct personality and flair of its own. Interconnected lettering and a hand-done paint treatment on the exterior allow the brand to blend in, yet stand out among the other established businesses and bars in the district.

The Sound Garden, located in historic Fell’s Point in Baltimore, Maryland, opened in 1993 in a tiny space across the street from its current location. The music store quickly established itself as an award-winning Independent Record Store. In 1994, The Sound Garden moved into its present location – a 6000+ square foot warehouse at 1616 Thames Street – since then, the store has been the recipient of over 50 Best-Of record store awards.

In 2014 it was voted the 2nd best record store in the United States by Rolling Stone Magazine.

Today, the Luna Garden expands upon the legacy of the space by opening the opportunity for even more programing, events, and community building along the block. 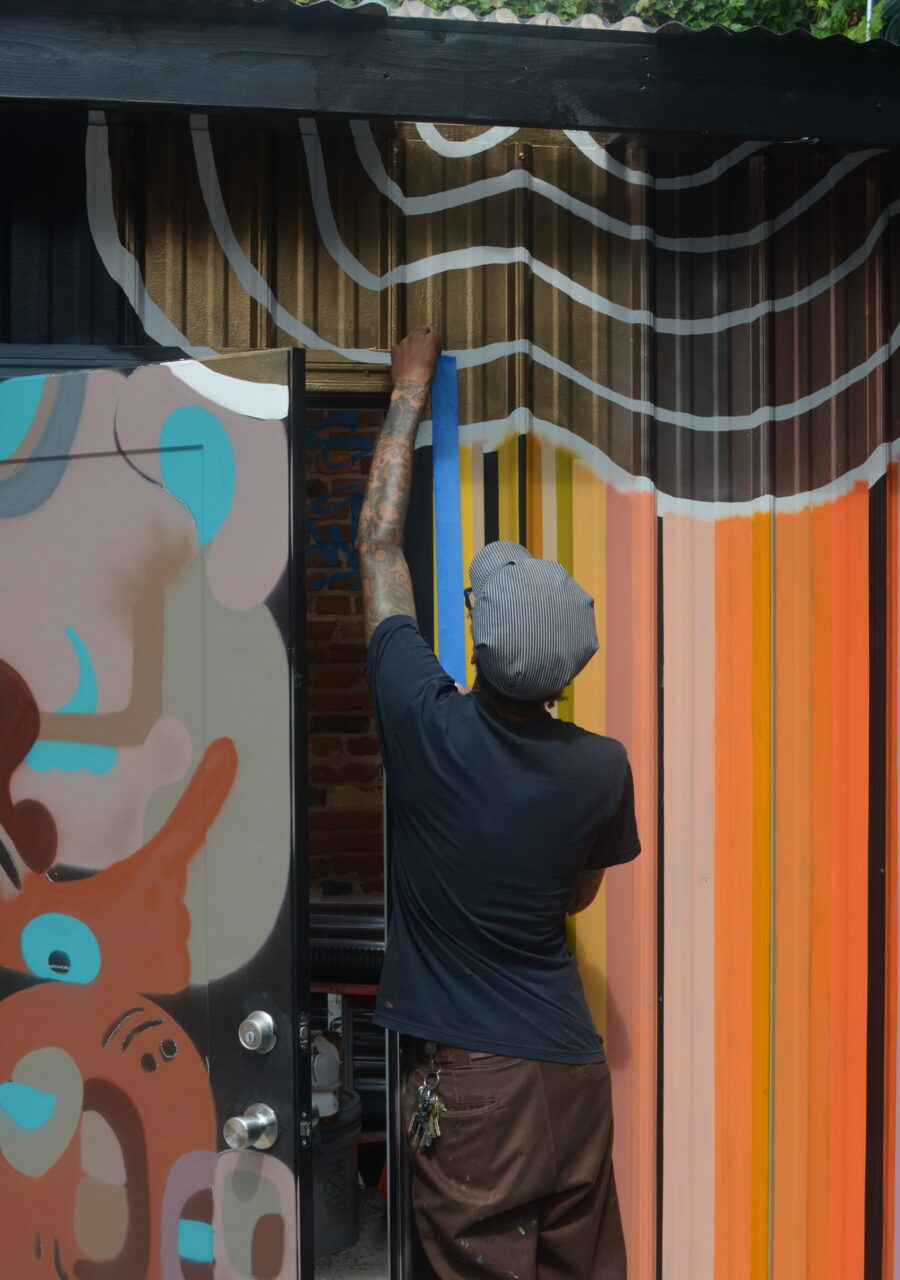 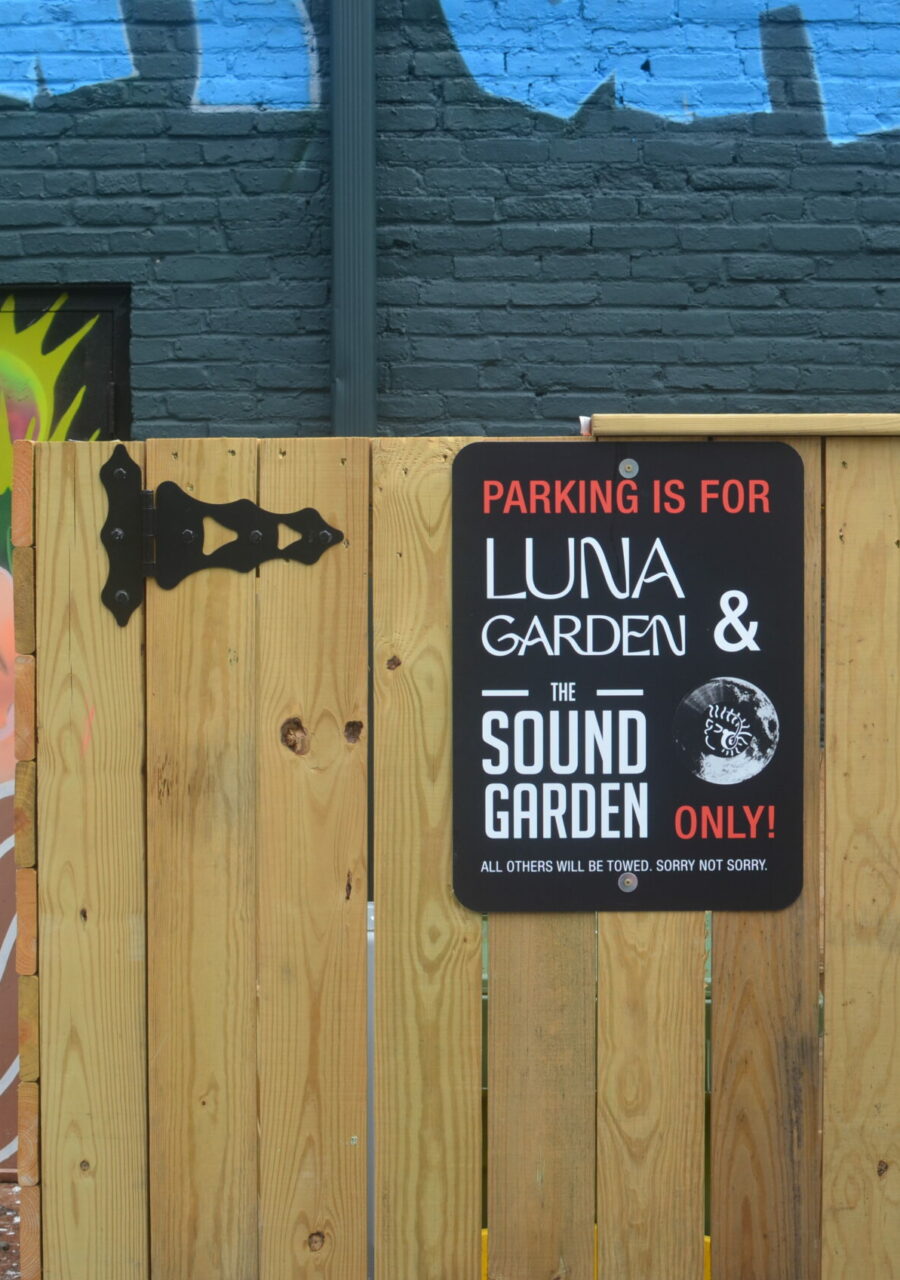 It's All About Community

The Sound Garden found success by not just selling thousands of CDs, DVDs, and vinyl over the decades, but by creating community. Hosting not only local music acts, but national and internationally-known musicians and cultural influencers, it built a name for itself by opening its doors and welcoming people in to the intimate space.

Luna Garden is expanding upon that, bringing the legacy of the Sound Garden to its outdoor cafe and beer garden nestled behind the record store.

To continue the home-grown and DIY attitude of the Sound Garden, Luna Garden features artwork and craftsmanship from a wide array of local artists who have been growing and cultivating their own followings in Baltimore and beyond. Murals by Adam Stab and Katia Baskina sprawl across the exterior walls, while the art carries inside with a hand-painted ceiling mural by Brittany (@herbinko). Custom mosaic art and plant installations done by Luann Carra and Vespertine Workshop round out the parking lot.

It’s this “blank canvas” approach that the team has taken to transform what the brand and space can be. There’s no prescription, the brand is reflective of the Fell’s Point community and the markers that bring so much personality to it.

Follow the Luna Garden to watch this community take shape, and stop by for a drink and vinyl when you’re in town.