Preserving Our Food Chain with Seeds

Cohere was invited to support The Crop Trust during their largest seed deposit in the world’s history, and this February I had the honor of traveling to the Svalbard Global Seed Vault in Norway. The seed vault is often referred to as the ‘doomsday’ vault since its main purpose is to reserve seeds in case of an apocalyptic event or global catastrophe. This notion seemed drastic to most prior to the global pandemic COVID-19 (Coronavirus) that struck the world in late January 2020. Now with our awareness of realities like this awakened, preparation of food preservation seems more necessary than ever.

The Crop Trust is a global organization dedicated to safeguarding crop diversity, forever. Together Cohere has helped create the initiative Food Forever 2020, which I am a champion for – representing the voice of chefs. During my visit to Svalbard, I witnessed the world’s largest seed deposit since the vault was upgraded to withstand climate changes and cooked a meal with biodiverse ingredients for a high-level dinner that was hosted. Guests included global leaders who are guiding the conversation of food preservation world-wide.

Preservationists catalog their seeds in this global library of biodiversity. Breeders rely on its diversity as climate change impacts crops around the world. Farmers depend on these seed savers to bring new varieties to the market. As a chef, I depend on this chain to help grow ingredients that keep me inspired so my diners never lose interest in the magic of food.

Svalbard is an archipelago at the northernmost point of Norway. It is home to polar bears, reindeer, arctic foxes, and walrus. Whalers from Portugal first hunted there in the 15th century to render valuable whale oil, walrus tusks, and arctic fox pelts, nearly destroying the populations. The village of Longyearbyen was established in the early 1900s by an American mining company for the rich deposits of coal. Now, tourists go to see polar bears as they hunt for seals on the sea ice or dog sled over the harsh landscape while reindeer forage and the occasional fox darts past.

The vault emerges from a massive mountain face. It looked smaller than in photos. But as I approached, bundled in borrowed arctic snowsuits, the vault stood as a beacon of optimism. Its concrete foundation glowed with prisms of light from the mirrors set into the concrete mass. As I walked up to the now-massive vault, I stopped in front of the steel bomb-proof doors. The vault is restricted to those with purpose. Like Fort Knox, the contents are too valuable to allow tourists. The seeds must stay frozen. The following day seedbanks from 32 countries would deposit around 60,000 rare seeds into the vault.  The Cherokee Nation was the first US Tribe to make a deposit. I was most excited about their black maize. Only the depositors, Crop Trust and Nordgen officials are permitted inside the vault.

After enduring 14°F weather for an hour, we headed to Huset Restaurant to meet chef Sean Derwin in preparation for the high-level dinner. Chef Derwin greeted us in the dining room still bundled from his run to the docks. Much has to come in from the mainland. He was stressed. Only part of his order had arrived for the dinner that was the next day. In the kitchen, the small team worked precisely. A jolly bunch, we quickly engaged in cook’s banter. I was instantly relaxed in that environment. The bond formed over long days and shared passion was apparent among this team. They joked at each other’s expense. Each shared in detail what they were working on. As we built trust the young sous chef shared his near-death encounter with a polar bear last month. Unbelievably, he stood as the bear passed holding his phone to capture a video. We all agreed he was lucky the bear ignored him. They rarely do.

I often pinch myself while reflecting on these moments. How did I get here? A chef from the US amongst a group of plant scientists, ministers, UN officials and leaders of nations.

The truth is that chefs sit at the center of the food system. We serve as curators of culinary culture. Conduits between supply chain and consumer demand. This intimacy with ingredients and language of deliciousness with those who share our table helps relatability. We meet people where they are, guiding them gently through new food discoveries. 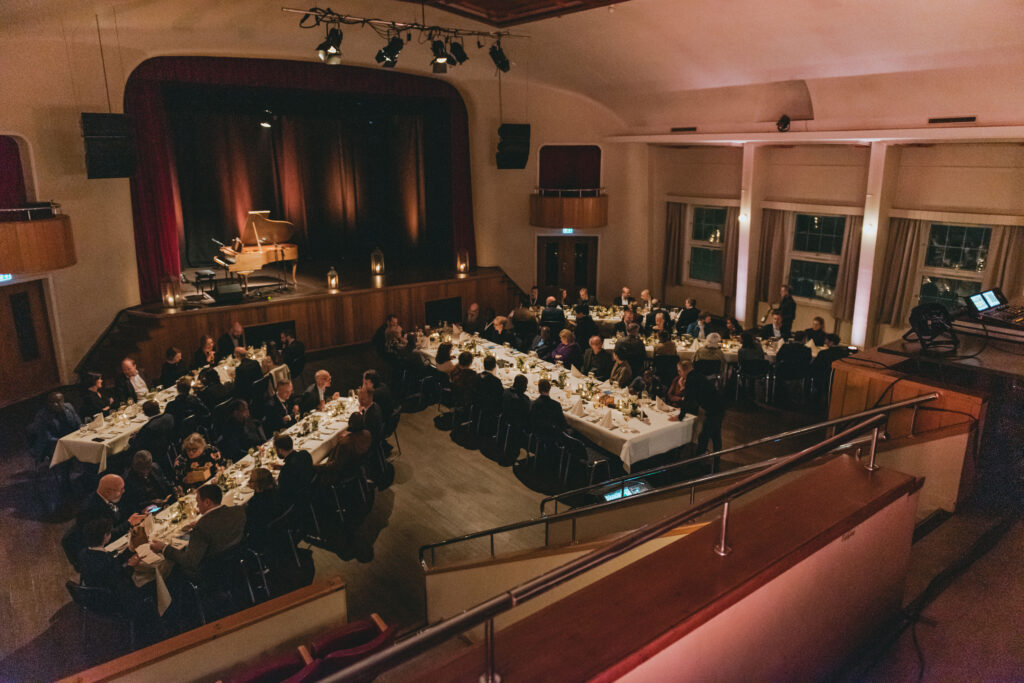 I have returned home full of hope and inspiration. Excited to plant my fields in Maidencreek Farmette with unique heirlooms. I even ordered autumn crocuses for saffron from Lancaster before leaving the Longyearbyen airport. Senior Scientist and Head of Global Initiatives at the Crop Trust, Hannes Dempewolf and I are planning rare plantings at Pocono Organics in preparation for a Food Forever experience in September. My creative juices are stirring for the Cohere Food Lab.

My trip to the Svalbard Global Seed Vault will live in future recipes, plantings, gatherings and consulting. I have made a pledge to promote the value of biodiversity in our food system in microdoses of deliciousness. Please join me. I will save you all a seat at the table.